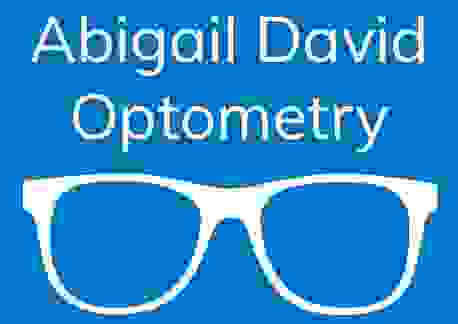 Eyecare for the Whole Family

Dr. David has been serving patients on Indianapolis’ south side since the Greenwood Target opened in 2001. It was one of the first Target Opticals in the nation. She has grown the practice over the years and developed a loyal, multi-generational patient base. In 2020, she opened a second Abigail David Optometry practice in the Glendale Target Optical in the Broad Ripple neighborhood of Indianapolis.

Dr. David believes in treating every patient with respect, compassion and empathy, and educating families on how to take the best possible care of their eyes. She loves her job, and her patients appreciate her personalized touch and sense of humor!

For the last fourteen years, she has volunteered annually for a trip with the OneSight Foundation, which sends eyecare professionals across the country and around the world to provide free eye exams and eyeglasses to underserved communities. Her trips have taken her to India, China, Africa, Mexico, Ecuador and Thailand, as well as many areas of the United States that don’t have adequate access to eyecare, including Native American lands.

Dr. David is passionate about:

When she’s not caring for patients, Dr. David plays the cello with the Philharmonic Orchestra of Indianapolis, as well as playing in the pit orchestras of shows at Footlite Theatre and other community theatre and music venues. A foodie, she also enjoys cooking and supporting local, independently owned restaurants.

Dr. David currently sees patients in our Glendale office on Tuesdays, Fridays and Saturdays, and in Greenwood on Wednesdays.

A Hoosier through and through, Dr. Venezia believes in treating every patient with respect and the courtesy of the Hoosier Hospitality he’s experienced his whole life. Much like Dr. David, patients comment that “Dr. V.” is patient, friendly, and spends plenty of time educating them on how to take the best care of their eyes. Because he’s a dad, he’s awesome with children, and he’s an excellent choice for kids who have anxiety about having their first eye exam.

Dr. Venezia is passionate about:

When he’s not seeing patients, he enjoys music and art. He's also a big European soccer fan. He's been playing the piano since he was five years old, and while the Beatles are his primary jam, his kiddos often request the Charlie Brown theme song and he's happy to oblige!

Dr. Venezia currently sees patients in our Greenwood office on Fridays and every other Saturday.

Dr. Heverly has been with our practice since 2013. (She and Dr. David went through optometry school together, so they go way back!) Dr. Heverly’s undergraduate years started out at Purdue University, but she finished her B.S. in biology at Cal State San Bernardino. She received her doctorate of optometry from Indiana University School of Optometry in 1997.

Our patients often comment on Dr. Heverly’s warm, personal style. Like all of the doctors on our team, she is committed to educating her patients on how to best care for their eyes and deeply invested in getting to know her patients and making the absolute best recommendations for their lifestyles and work habits. She very much enjoys treating patients on both ends of the age spectrum—those who are getting glasses for the very first time and those who face unique vision challenges in their later years.

For the last five years, Dr. Heverly has volunteered one week with the Lion’s Club, on eyeglass missions to central Mexico. In 2019, she took her daughter on the trip as well!

Dr. Heverly is passionate about:

A woman of many hobbies, Dr. Heverly keeps quite busy when she’s not seeing patients. She loves to do needlework, such as knitting and cross-stitching, and is an avid genealogist and historian. (You might even catch her in a Revolutionary War reenactment some weekend!) A long-time member of MENSA, she serves as the newsletter editor of the central Indiana chapter.

Dr. Heverly currently sees patients in our Greenwood office on Tuesdays and Thursdays.

Like Dr. David, Dr. Buck is a native Indianapolis south-sider! Her mom was a long-time south-side high school teacher and her dad owned a grocery store. Dr. Buck is a 2009 graduate from Indiana University School of Optometry and she received her Bachelor of Science degree from Ball State University. Her career has varied over the years from primary care optometry to specialized pediatric optometry and vision therapy. Dr. Buck currently resides in Greenwood with her husband, Jordan, and two daughters, Emerson and Jillian.

Dr. Buck takes a very personalized approach with each patient. She’s empathetic, and a great listener. She enjoys caring for patients of all ages and helping them find the best eye care solutions to enhance their daily lives.

Dr. Buck is passionate about:

Because of her focus on pediatric optometry, Dr. Buck is particularly passionate about helping kids see their best. When she’s not working, she loves spending time with her family, attending church at Emmanuel, watching all sports and working out.

Dr. Buck currently sees patients in our Greenwood office on Mondays and every other Saturday.

Karen oversees the daily operations of both practices, and handles all the marketing, blogging and social media. Having worked in the restaurant and hotel business for many years, she's passionate about streamlining processes and providing a warm, welcoming experience with customer service that goes above and beyond.

In her younger days, Karen made her living as a cabaret singer in Chicago. (The staff is well-accustomed to her bursting into song during the course of the day.) She also has many years of experience as a copywriter, and has authored a book about restaurants in Hamilton County, called Hamilton County Food. So, if you're looking for a restaurant recommendation to go along with your eye exam, Karen's your gal!